On July 23, the Tokyo Olympics finally began, having been postponed by one year as a result of the COVID-19 pandemic.

During the opening ceremony, athletes entered the stadium according to the order of the Japanese phonetic script. It seemed almost as if the organizers, when setting the running order, had purposefully used “Taiwan” to place the nation under the “ta” syllabogram, rather than use “Chinese Taipei,” which would have placed it under the “chi” syllabogram, further down the syllabary. This meant that the Taiwanese athletes entered the stadium ahead of the Chinese.

Correspondingly, although Taiwan was introduced as “Chinese Taipei” by the official voice-over, Japanese state broadcaster NHK and its announcer Mayuko Wakuda referred to Taiwan’s national team as “Taiwan.”

Japan was not the only place where Taiwan was receiving recognition. The Lithuanian government early last month announced that it intends to establish a trade office in Taiwan by the end of the year and would allow Taiwan to reciprocate by establishing a “Taiwanese Representative Office” — the first in the world — in its capital city, Vilnius.

Since the end of the Chinese Civil War, there have been ongoing changes to what it means to be “Taiwan” or “Taiwanese,” the result of an innate confusion among the inhabitants of these islands over their identity and the subjectivity of Taiwan’s national construct.

“Taiwanese identity confusion” can be seen by examining the results of the poll.

Who am I? This is an organic cycle that is formed from a combination of personal recognition, identity and a belief that transcends the individual. Supposing this definition is used as the criteria to evaluate the poll’s findings, by analyzing the poll from its inception in 1992 to the present, it is possible to establish the existence of “Taiwanese identity confusion.”

As Taiwanese broke away from a foreign, Chinese authoritarian regime and transitioned toward democracy, a subjective Taiwanese identity began to form. Examined at a superficial level, self-identification as “Taiwanese” has climbed from 17.6 percent in 1992 to 63.3 percent this year, while the proportion who identifies as “Chinese” has sunk from 25.5 percent to 2.7 percent during the same period.

These data points clearly demonstrate the drastic shift that has taken place — people are much more willing to positively identity as “Taiwanese.”

However, at a deeper level, 31.4 percent of the population have yet to depart from former president Chiang Ching-kuo’s (蔣經國) dual identity concept: “I am Chinese and I am Taiwanese.”

The poll also reveals the core obstacle that is hindering the formation of a subjective national construct.

Due to the confusion of dual identity, not only is Taiwanese identity unable to reach what could be called an “absolute group identity value” of 85 percent, the survey also shows that only 30.8 percent of Taiwanese support independence.

As there must be a population before there can be a state, the fact that being “Taiwanese” and being a “nation” are not necessarily the same is the core impediment to forming a subjective national construct. This is also why political formulas such as “maintain the status quo,” “one family on both sides of the Taiwan Strait” and “China factor” are able to interfere with the concept of “Taiwan.”

If a consensus is to be reached in Taiwanese society that there is a nation called “Taiwan,” then without a doubt the most important factor in building the essence of a subjective national construct is to completely sweep away the confusion over identity. 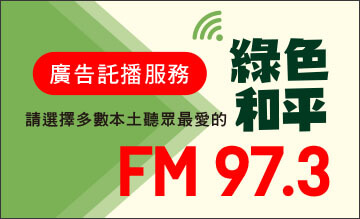